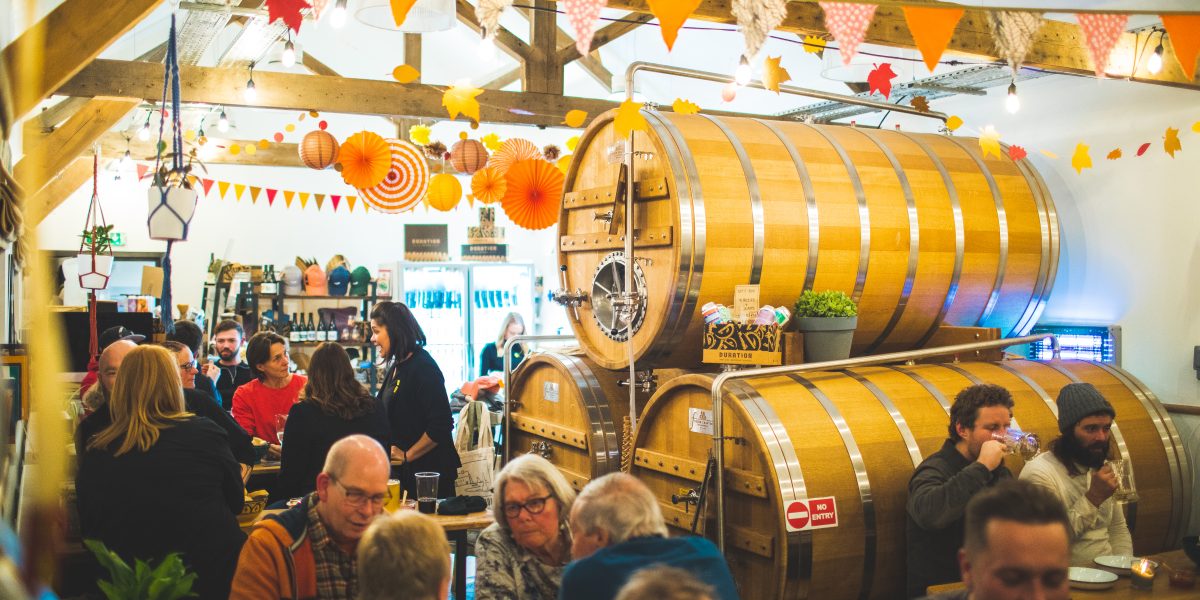 Like so many businesses, breweries had their world turned upside-down by Covid. Duration at West Acre in Norfolk was no exception, finding itself selling direct to the public rather than pubs and hampered by a shortage of tin, cardboard, CO2 and an overwhelmed courier network. But with the support of New Anglia Growth Hub adviser Chris Sharman, the company accessed a series of grants which enabled it to expand its production capacity, as well as buy iPads, seats, tents and other items for Covid-safe table service and events.

“Chris carefully understands your specific business to find the right funding for you,” says Duration’s co-founder and managing director Miranda Hudson. “He was very proactive and helped us to access the Business Resilience and Recovery Scheme, the West Norfolk Small Business Grant and the Plans for the Future Grant. So those three combined gave us around £100,000 and some of that was for operations, not just new assets.”

Set up in 2017 as a nomadic brewery by Miranda and her American partner Derek Bates, Duration is a multi-award winning, modern farmhouse brewery located in the ruins of an ancient priory on the Nar Valley Pilgrim Trail. Miranda met the experienced brewer and chef while travelling in the US and they decided to start their own brewhouse after embarking on a tour of pubs and breweries along its eastern seaboard. 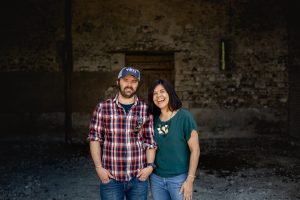 Renovating the Grade II listed property on a scheduled monument site was complex, so it wasn’t until December 2019 that it began producing beer – just three months before Covid-19 arrived and decimated the hospitality industry. Pubs and restaurants were forced to close, and customers turned to their phones and laptops to order food and drink. That meant Duration had to refocus its operation, pivoting from brewery to shop and event management, and increasing its warehouse and production capacity.

In April 2021, a dog and family-friendly taproom was opened from the barrel store where people could enjoy an al fresco drink along with some street food. Known as Tap Days and taking place each Friday and Saturday, the occasions proved such a hit that a permanent taproom is now in the offing. Other imaginative strands of the business meanwhile include yoga and beer sessions.

Miranda explains: “With pubs opening and closing during Covid it was very hard to generate income. As a brewery, we were not forced to close our doors but our route to market was squashed.

“We could not get hold of aluminium to produce tins and we ran out of cardboard for deliveries. There was also a shortage of CO2 which so much of our brewery runs off and we need it to clean our equipment. So, we faced lots of challenges. But things like Tap Days really helped us to generate income and keep trading and without the grants we would not have had the money to do that.”

She continues: “We have definitely reached new customers and drinkers. People who could no longer go to the pub realised that they could buy from breweries, whereas before they would go to a farm shop or a beer specific bottle shop, so lots of discoveries have been made.”

New Anglia Growth Hub has provided businesses in Norfolk and Suffolk with more than 60,000 hours of support and helped them access £32.5m in grants and funding, since it was established in 2014. It offers free, impartial advice and its experienced advisers are drawn from a diverse range if sectors.

“It’s been super supportive and beneficial to us as a small business, especially due to the extra funds made available because of the pandemic,” says Miranda. “I would definitely recommend the Growth Hub to other businesses.”

To speak to an adviser about your business, email info@newangliagrowthhub.co.uk or call 0300 333 6536.

Register for our newsletter, full of specialist business advice.